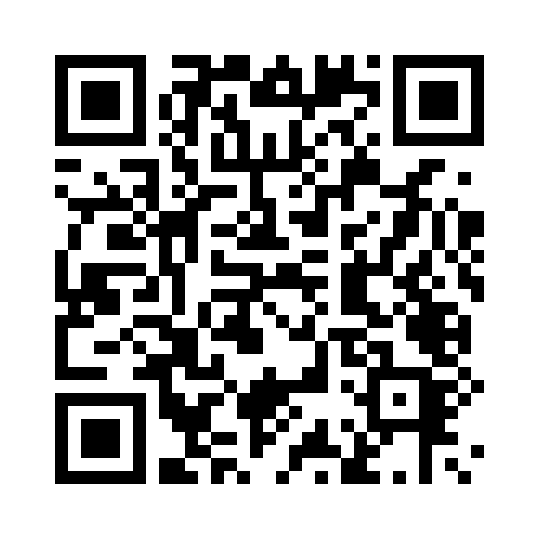 Tell me and I forget. Teach me and I remember. Involve me and I learn.

Each year hosts a series of Enrichment Days for students of all years. Going beyond the curriculum, students are able to engage with their education better and so further their learning. This is what students got up to during the first Enrichment Day of the year.

Year 13: Preparing to fly the nest (or at least drive away from it)

Having turned 17 and thrown ourselves into the exciting world of opportunity and freedom that emerges from learning to drive, the Year 13 Enrichment Day proved to be a poignant and sobering reminder of the responsibilities that come with this new chapter in our lives. After a thought-provoking introduction from Miss Ashton, who combined humorous personal anecdotes with hard-hitting statistics about vehicle speeds and corresponding survival probabilities, and a talk from Dr Richards about considering motorcyclists and other road users when driving, we were split off into smaller groups to complete various sessions that would leave us a little less clueless about what it meant to be a driver.

One of the activities, kindly lead by Dr Thompson, was a fool-proof guide to performing a basic check on advertised cars to ensure that they weren’t going to break down on you minutes after leaving the forecourt. It was very useful, and even mind-blowing for one student as they discovered that the hand brake was not, in fact, the same thing as the gear stick. To put our newfound knowledge into practice, Mr Clayton boldly volunteered his car to be inspected by the groups as we worked out how much we would pay for it based on the checks Dr Thompson had shown us. It was a good opportunity to really get to grips with what we had learnt and we hope Mr Clayton doesn’t regret his generosity too much.

Thanks to the Little Chalfont Citigate, students were also able to see demonstrations on how to change tyres and check the various fluid levels of mechanisms under the bonnet. A few brave volunteers even had the chance to try changing a tyre themselves, which proved to be an exciting spectacle. The level of expertise available to the students really is a credit to Miss Ashton who organised the morning and we are all so grateful for her hard work.

Mr Parkinson provided another much needed workshop, on managing the running costs of a car; something truly enlightening for those teens who rely on the Bank of Mum and Dad to financially support their driving adventures. Researching all the different costs associated with running a car, such as the pence per mile, made students realise that there was a degree of responsibility attached to having a car.

Another part of the morning was a stimulating session with Keith Wheeler, from the Bucks Fire Service, who gave us an insight into his experience with driving accidents and the various factors which can cause them. It was an invaluable addition to the day as hearing about the serious consequences that can come from what might seem like the smallest of choices made a significant impression on everyone.

Year 12, on the other hand, spent their day in London taking part in a series of challenges. With our booklets and phones at the ready we journeyed around the city, completing tasks such as taking a photos of our group next to each of four main London universities. The ultimate aim of the day was to collect as many points as possible for our team, in order to win a £50 cash prize.

Personally, my favourite challenge was trying to find an embassy from each of six continents (Antarctica not included). It was interesting finding out where embassies were located and occasionally noticing influences on the surrounding area, for instance seeing an international American school located very close to the US Consulate.

At lunchtime, we had to send a photo of our group to our teacher to confirm that we were all safe and alive. Most groups sent in impressive photos, for instance posing next to the lions in Trafalgar Square - although one group did send a rather suspicious photo of themselves next to the Leaning Tower of Pisa. For many groups, lunchtime meant an exciting opportunity to try new food in Chinatown. Whilst we ate, we were able to plan our next moves, and make friends with more people in the Sixth Form we’d not met yet.

After lunch, some of the more adventurous of us hired Sadiq Cycles, enabling us to gain a few more points in the crucial final few minutes. Varying levels of biking ability were displayed but I am glad to say that everyone got back to Amersham in one piece.

Overall it was a great day and I’d like to thank the Sixth Form team for putting in so much time (and trust in us!) when planning this.

Year 11 is a year of big decisions regarding future choices and thinking about what path we’d like to take post-16. Enrichment Day this year presented us with a range of activities that would help us to make the right choices.

In the morning, we were given a fascinating talk by Alan Bullock, an expert careers advisor, who told us about other alternatives to A Levels such as apprenticeships, school-leaver programmes and various other routes students can take after their GCSEs. It also gave us an insight into choosing degrees at universities and also how often a person’s career can be completely unrelated to what they took as a degree.

Throughout the morning, we took part in workshops focusing on different areas of career choices such as a session with Mr Morgan on effective revision techniques for our upcoming mock and public GCSE exams. He stressed how active revision techniques are far more successful and effective than passive techniques such as reading a textbook for hours on end. One example given was to study in a shed in order to make revision memorable and a bit different to what we usually do!

We also had a taster session in American Football, led by the PE Team on the astroturf. It was a completely new sport for the majority of us, which made it all the more enjoyable. It also provided a break between the other workshops on the day.

The biggest activity however was the Morrisby Test, a digital assessment performed by every student, with numerical, verbal and mechanical tests also followed by questionnaires on personality and aspirations. The results will be processed online and an extremely detailed and thorough analysis of the psychometric test will be produced, telling us what career paths are best for us and related information to achieving these.

Year 10 went to the Science Museum and Natural History Museum in South Kensington. Both museums housed extravagant displays and we learned a lot, enjoying the difference in scenery to our usual classrooms.

In the Natural History Museum, we looked at the nervous system and the reproductive system. In particular we focused on genetics and the way that cells interact with each other. The interactive displays enthralled us, unlocking a new dimension to topics that we had covered in class. We learnt about the many parts of the nerve cell, from the nucleus to mitochondria, and the significance of these to the entire nervous system. We also learnt about human reproduction, especially the part chromosomes play in this, showing many of us secrets of genetics that we had never seen before.

The Science Museum was amazing. We walk through many exhibits to get to the IMAX Cinema where we would be treated to a film. On the way we looked in awe at the objects on display. We watched a A Beautiful Planet, showing the beauty of our world. It began with our sun and how it is keeping us alive. The focus then switched to our planet, where we were shown many things about Earth from space. It even talked about life in space!

There were five different activities for Year 9 this Enrichment Day, which we each explored in groups. The sessions were talks on sex and relationships and drugs, there was a session of Yoga; an introduction to internet safety and street dancing. These talks and activies were lead both by staff and by experts from outside of Challoner's, each giving detailed stories from their own experiences. In particular, the session surrounding drugs moved us all as we were told the heartbreaking stories of people our own age that had made the wrong decisions. By breaking away from our forms for these activities this was a great way to build friendships with students in different houses that we have not have spoken to before.

The day culminated with a dance off. It was a lot of fun and allowed us to show off an array of different moves and tricks (some that were quite good!) It was a great way to end our action-packed day. I found all of the activities very intesting and I am sure that they will be useful to me for the rest of my life.

The main purpose of this course was to help us in public speaking. As expected, this was not an activity that many of us were looking forward to. At the beginning of the day, we all had to describe (out of the options we were given) how we felt about public speaking. Almost everyone was extremely uncomfortable with it, and especially did not want to talk in front of the whole class. There was a lot of work to be done.

We began with the simple task of finding out what the person next to us liked, disliked, and what their ambitions were in life. Everyone in the class then had to present this information to everyone else, using the techniques we were working on. These included hand gestures, speaking with a clear voice, opening yourself up to the audience, and repetition. Although reluctant to begin with, we became increasingly confident as the day went on.

Later on, our instructor set up a few class games to play, one involving an embarrassing tongue twister, 'Three smart fellows, they felt smart.' As you can imagine, students struggled stringing this sentence together every time. This activity emphasised how important enunciation is, especially when you’re nervous. We gradually worked our way up to performing a speech in front of the whole class: on a topic that we could choose, as long as we used the techniques we learned from the course.

This was a huge success, ending up with all of us speaking confidently in front of the whole class for over two minutes. The course had been informative, entertaining and a great way to improve our public speaking skills.

We would all like to thank the staff at Challoner's and our various guests for the excellent, highly educational adventures they provided us with this Enrichment Day.